We went to a rock ‘n roll show Saturday night, and while standing in line, I realized I didn’t “fit in” with the rest of the crowd. In a sea of hipsters, I resembled a suburban dad. Granted, I am a suburban dad, but there’s no need to look the part out in public. Any survivalist will tell you the key to success is blending in with your environment.

With that in mind, I have decided I want to look more Portland.

(For the record, that would be Portland, Oregon – not the “other” Portland, in Maine. I imagine everybody there looks like they stepped out of an L.L. Bean catalogue and owns a different lobster bib for every day of the week).

Granted, I’ve made some positive strides over the years. “At least you’re wearing Kicks instead of white tennis shoes,” Tara pointed out. I may have the footwear figured out, but I’m way off base with the rest of the outfit. Take my black cargo shorts, for instance. Seriously: take them away when I’m going out to a concert! Everybody else was wearing jeans. I was sporting a Pink Floyd t-shirt, while the rest of the crowd looked like they were ready to ring in the new year (if the new year was 1994). One word: flannel.They wore beanies or hats while I displayed a $14 haircut from Great Clips. Oh, the shame.

My big mistake was dressing for comfort. It was a warmish evening, and I was too concerned with feeling cool when I should have realized my lack of sleeves and long pants would only serve to highlight the fact that my arms and legs were embarrassingly free of ink. They were smirking at my clean-shaven face through their whiskers, I just know it.

I have a better idea. Instead of writing about the essential items needed for that “Portland” look, I’ll present them visually. 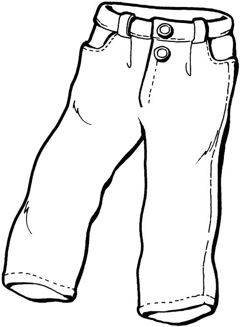 Yes! This is perfect.  Look out, Portland!

20 thoughts on “I Want to Look More Portland”